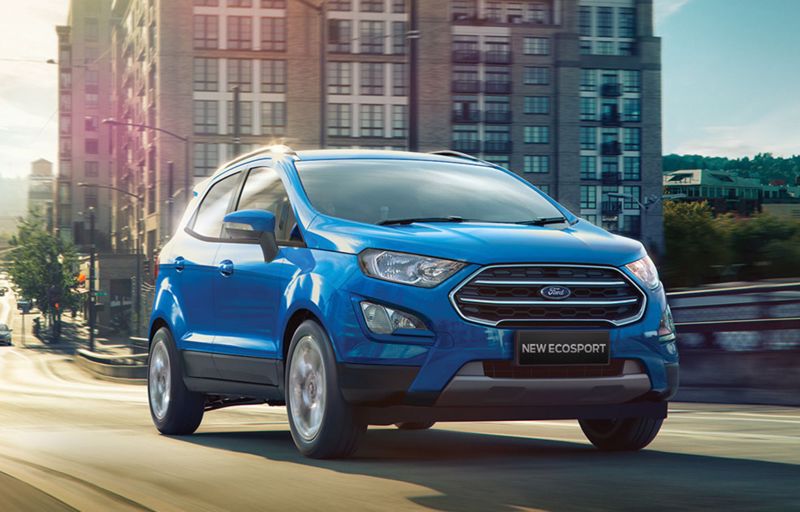 PRETORIA, South Africa, 27 January 2020 – A new year. A new decade. Perhaps you’re in the market for a new ride? Something bigger for your growing family, but still small enough to manoeuvre in rush hour traffic, and fit comfortably into tight parking spaces? Something stylish enough for slick city living, but rugged enough for weekend travels and adventures off the beaten track?

“Designed for the urban jungle, and built to escape it, the EcoSport is definitely worth a look-see for active young families,” says Doreen Mashinini, general manager for marketing at Ford Motor Company of Southern Africa.

“The sport utility vehicle is one of the fastest growing segments around the world, and the trend is evident in the lifestyle-oriented South African market,” she continues. “Since its introduction in 2013, the EcoSport, which blends rugged SUV functionality with unrivalled city car practicality, has consistently featured in the country’s monthly ranking of the 10 top-selling passenger cars. ”

Updates inside and out

“Like the clothes you wear, the car you drive says a lot about you; it’s an extension of your style and your personality,” says Mashinini. “Ford understands that just because you’ve got kids to ferry around, doesn’t mean you’re willing to compromise on driving dynamics and good looks. The EcoSport is designed for those who prioritise space, comfort, convenience, safety features, impressive fuel economy, and low running costs, without foregoing a solid dose of street cred.”

A short wheelbase and 206mm of ground clearance means you benefit from not only a footprint very similar to that of the Fiesta – making it both nimble on the road and a cinch to park, but also an elevated SUV ride height – which gives you better visibility in traffic.

Bringing up the rear

The EcoSport feature a rear-mounted, full-size spare tyre, strategically placed so that visibility out the rear window remains unobstructed. Not only is it convenient – you don’t have to climb under your car, or empty out all of your luggage when you get a flat – but it also means you don't lose valuable storage space in the boot.

Honey, I unshrunk the luggage capacity

The boot itself has a height-adjustable floor made from recycled material with honeycomb construction, which makes it gram-for-gram stronger than steel, and able to support up to 300 kg. It can be raised to provide concealed storage, or lowered to increase luggage capacity, up to 333 litres.

For families with younger, or shorter kids, the side-hinged rear door means that they are able to open and close the boot themselves – something they aren’t able to do with a top-hinged rear door that opens upwards and becomes too high for them to reach. This makes the loading and unloading of school bags and sports equipment and groceries much easier for everyone, regardless of height.

A raft of active driving safety features which come standard across the EcoSport range will give you added peace of mind. One of these is Electronic Brake Force Distribution (EBD) – a very clever technology that makes it easier to maintain vehicle control and shortens the stopping distance when there is a large load on the rear wheels, like when you’re transporting a full load of passengers.

Six airbags are fitted as standard on the Ambiente model, comprising dual front, side, and curtain airbags, while the Trend and Titanium models are equipped with an additional driver’s knee airbag. The side airbags have been redesigned to provide extra thorax protection and direct the occupant away from an impact; and new curtain airbags provide increased side-impact coverage.

There are also Isofix mountings on both outer rear seats.

Keeping in touch with loved ones, and in sync with your city

Ford’s sophisticated SYNC®3 infotainment system, which is Apple CarPlay and Android Auto enabled, is fitted as standard on the Titanium models, and incorporates Bluetooth and Voice Control. This allows you to give Siri or Alexa voice commands instead of being distracted by your phone while you drive. SYNC®3 is supported by a floating colour touchscreen, which can be operated with pinch and swipe gestures. A 8-inch screen is fitted on the Trend and Titanium model, while the Titanium also features embedded turn-by-turn navigation.

Even at the most affordable end of the spectrum, the Ambiente model benefits from Ford’s first-generation SYNC® with Bluetooth and Voice Control, as well as steering wheel audio controls.

Two USB ports are conveniently placed in order to easily charge your smartphone or insert a memory stick.

To do a side-by-side comparison of all the EcoSport models and their myriad features, please visit www.ford.co.za/suvs/new-ecosport.