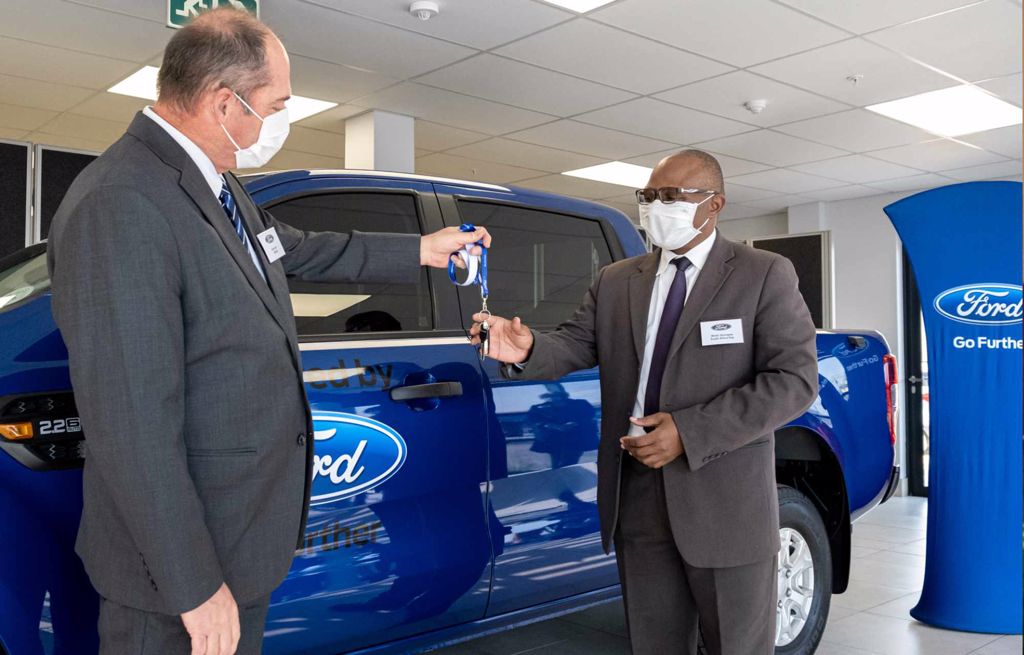 PRETORIA, South Africa, 25 May 2021 – Ford South Africa has made an important contribution to help accelerate the revitalisation and upliftment of impoverished towns across the country by donating a Ford Ranger Double Cab to South Africa Day, a local non-profit company (NPC) and public benefit organisation (PBO).

With its South African Towns Makeover Project, South Africa Day targets towns in desperate need of assistance to reverse their flagging fortunes and investment appeal, and address the high levels of unemployment and poverty – particularly amongst black communities.

Fittingly, the handover of the Ranger took place at Ford’s Silverton Assembly Plant in Pretoria on Africa Day, 25 May. Africa Day celebrates the formation of the Organisation of African Unity (OAU), the precursor to the African Union (AU), on 25 May 1963, and showcases African cultural diversity and unity.

“South Africa Day is a truly commendable NPO that is actively working to transform towns across South Africa that have been heavily impacted by a lack of service delivery, poor maintenance and economic decline, which has hit the poorest citizens hardest,” says Neale Hill, MD of Ford South Africa.

“It is an honour for us to be providing the mobility for the South Africa Day team by donating a Ford Ranger Double Cab, proudly assembled at our Silverton plant in Pretoria, to help the organisation reach more towns, communities and families as they develop and implement crucial projects aimed at creating a brighter future,” Hill says.

“We are exceptionally proud to be partnering with such a committed organisation that celebrates what it means to be united as South Africans, and actively getting out there to help others. This mirrors Ford’s commitment to uplift and empower communities, and transform peoples’ lives in everything we do,” Hill adds.

The SA Towns Makeover Project was developed to provide a platform to reverse the decline of towns, and is backed by the Strong Towns and Cities Initiatives that focuses on mobilising much-needed investment. The project facilitates entrepreneur support, business expansion and business recapitalisation, with the emphasis on building black businesses, in particular.

An exciting new makeover project that will soon be launched by the team is located in Mamelodi, near Ford’s Silverton Assembly Plant where the Ranger is produced for local and export markets around the world.

The SA Towns Makeover Project targets community upliftment by cleaning, repairing, painting and planting to revitalise the towns, which in turn improves the business conditions. The Strong Towns and Cities Initiatives then targets investment to grow business, support entrepreneurs and attract other businesses to the town, thereby generating employment opportunities – an important objective considering the large number of job losses in recent years.

“This is part of our strategy to mobilise communities and the business sector, so that we work together to change South Africa for the better,” Dr Shongwe says. “Supporting the economic revival of our South African towns and cities will help make them engines for economic growth and employment creation.”

In addition to its SA Towns Makeover Project, as a non-profit company South Africa Day is also the driving force behind the annual day of celebration it is named after, inspiring community togetherness that is supported by South African business and ordinary citizens. South Africa Day, which will be celebrated on 27 November this year, carries out projects, celebrations and events aimed at community-building throughout the nation. (Source, Quickpic)