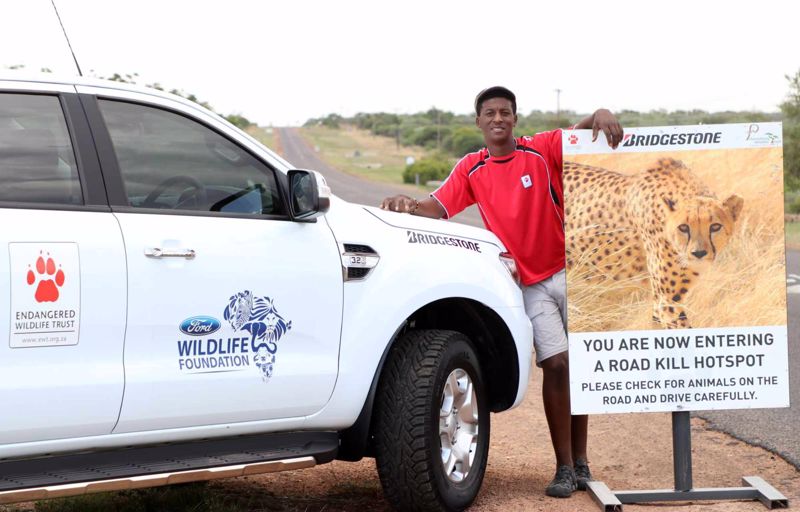 PRETORIA, South Africa, 31 July 2020 – World Ranger Day is celebrated annually on 31 July. It recognises the important role game rangers play in preserving our wildlife, and for their hard work in and around national parks, protected forests and wildlife reserves.

However, not all rangers wear khaki. Through the Ford Wildlife Foundation (FWF), Ford Motor Company of Southern Africa uses Rangers of a different kind to support environmental education, research and conservation projects.

Since the FWF was launched in 2014, Ford has assisted a large number of Ford Wildlife Foundation partner organisations through the loan of locally assembled Ford Ranger Double Cab 4x4s for a period of two years, to ensure that they are able to carry out their work in even the most remote and hard-to-reach locations. A total of 25 Rangers are currently on loan, with a further 12 vehicles having been donated since the FWF was launched in 2014.

“At Ford Motor Company, wildlife conservation is something that is near and dear to our hearts, and we take the opportunity today to acknowledge the men and women throughout South Africa that work as rangers and conduct invaluable service to us all,” says Conrad Groenewald, director of Marketing, Sales and Service at FMCSA and chairman of the FWF

"The Ford Wildlife Foundation plays a crucial role in providing mobility for the wide-ranging and far-reaching conservation projects across Southern Africa, and we are exceptionally proud to be supporting the important work of these dedicated organisations, men and women in protecting our natural resources for future generations.”

Traditionally on 31 July, a minute of silence is observed for the game rangers that have passed away whilst carrying out their heroic duties, leaving their positive footprints with us forever. Additionally, World Ranger Day reaffirms the support and encouragement for those who place themselves on the front-line to ensure the sustainability of our precious fauna and flora.

The multi-faceted job of a game ranger involves ensuring the continued well-being of wild animals, population management in collaboration with ecologists, management of soil erosion, alien vegetation management, water shortages, wildlife surveillance, as well as fence and infrastructure management. They also teach communities about the value of caring for ecosystems in a sustainable manner that decelerates the exploitation of animals and natural resources.

The FWF has loaned Ranger pickups to a wide variety of far-reaching conservation projects, from those focusing on preserving and expanding precious grasslands to those addressing critically endangered animal species. One of these is the Endangered Wildlife Trust’s Cheetah Metapopulation Project which uses the Ford Ranger to relocate cheetah between game reserves across South Africa. The aim is to ensure the long-term viability of cheetahs in small fenced reserves while maintaining the long-term genetic and demographic integrity of the species.

“It is fantastic that we have Ford working with us on the Cheetah Metapopulation Project,” says Vincent van der Merwe, the project’s coordinator. “Ford has provided us with comfortable and extremely capable vehicle so that we can carry out the job in any location. This animal rotation we do for the metapopulation project ensures genetic diversity within the cheetah species.”

The EWT Wildlife and Transport Programme (EWT-WTP) is another initiative supported by the FWF. Its objective is to reduce the negative impacts of transport infrastructure on wildlife, and ultimately improve driver safety through a reduction in wildlife-vehicle collisions. “Our programme benefits enormously from the use of our double cab Ranger, since we do a vast amount of travelling, and are active on all roads in the country, from protected areas to regional and national highways.” concludes Wendy Collinson-Jonker, manager of the EWT-WTP.