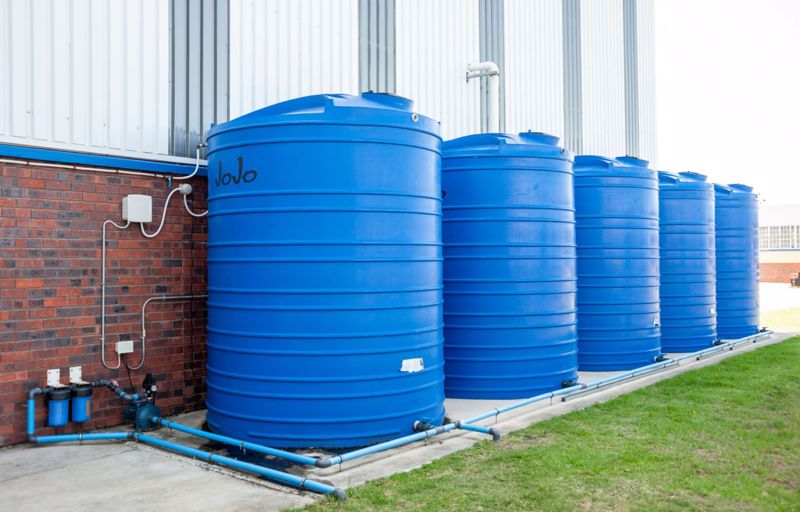 Port Elizabeth, South Africa, 20 March 2020 – Ford Motor Company’s Struandale Engine Plant in Port Elizabeth has been pursuing innovative systems and technologies to improve the efficiency of its manufacturing operations, while reducing its impact on the environment in terms of water use, electricity consumption and waste management.

These initiatives resulted in the plant receiving the SJM Flex Environmental Award for excellence in environmental management at the 2019 Export of the Year awards held by Exporters Eastern Cape at the end of last year.

“Ford has continuously invested in technologies and systems that enhance our operating efficiencies and minimise the environmental impact, resulting in noteworthy improvements in electricity and water consumption over the past five years,” says Shawn Govender, Plant Manager of the Struandale Engine Plant.

To date, more than 900 LED bulbs have been installed in the plant’s offices and administration buildings. Additionally, around 170 of the large high-bay lights used in the vast component machining and engine assembly halls have been switched to efficient and extremely bright LED lights – with the progressive roll-out of the new lights continuing throughout the plant, and set to further reduce energy consumption.

The Struandale Engine Plant employs a power reporting system that allows real-time monitoring of the energy used throughout the facility. This enables the team to optimise the electricity usage in each area of the plant, and contributes to its lean and energy-efficient manufacturing operations.

“Despite increasing our installed capacity to our highest-ever levels, and launching a new assembly line for the new-generation 2.0 Bi-Turbo and 2.0 Single Turbo engines, we managed to reduce our electricity consumption by over 19 percent between 2014 and 2018, and we continue to implement new energy-saving solutions,” Govender explains.

Electricity isn’t the only precious commodity that has received attention, as an extensive range of water-saving measures have been introduced at Ford’s Port Elizabeth plant – a crucial initiative considering the Eastern Cape is currently experiencing the most severe drought on record.

Rainwater is channelled from the plant’s vast roof areas into tanks located throughout the facility, with a combined storage capacity of 155 000 litres. Through a water management system, this harvested water is fed directly into the ablution facilities and used for the flushing of toilets. Furthermore, all of the ablutions have been revamped and fitted with the latest water-saving systems that have significantly reduced water usage during flushing and washing.

Waste management is a crucial element of the plant’s day-to-day operations. A wide range of recycling initiatives implemented over the years have resulted in more than 97 percent of the plant’s waste products – including waste solids, cast iron swarf from the machining of components, used oils and packaging materials – being recycled.

In conjunction with the Department of Agriculture, Forestry and Fisheries, 100 indigenous trees have been planted around the Struandale premises in an effort to offset its carbon footprint. Indigenous trees use much less water than alien species, and are more resilient to local conditions which eliminates the use of harmful pesticides and chemicals.

Employee commitment to communities and the environment

Beyond Ford’s manufacturing operations in Port Elizabeth, employees are committed to assisting surrounding communities and protecting the natural environment. In 2018 and 2019, as part of Ford’s annual Global Caring Month, employees dedicated more than 700 hours to a project run by the Swartkops Conservancy to clean the Motherwell stormwater canal and the Swartkops River estuary. The volunteers removed alien plants, waste and litter from water canals that empty into the river, with over 1 100 bags of refuse being collected.

Supported through grants from the Ford Motor Company Fund, two projects are invested in producing and distributing reusable sanitary pads for secondary school learners. This gives dignity to girls who cannot afford disposable sanitary pads, while dramatically reducing the amount of disposable waste that ends up in landfills. These innovative reusable pads last up to two years, are produced from eco-friendly materials and can be washed simply with water.

Ford Motor Company of Southern Africa donated R1-million to the Afribiz Foundation for Mandela Day in July 2019 to supply pads to 67 000 learners at 77 schools in Pretoria, and a further 18 schools in Port Elizabeth. In addition, the Al Fidaa Foundation received a grant to manufacture and supply 500 packs of reusable sanitary pads each month to girls from low-income households in Port Elizabeth.

To further support the drought-relief efforts, Ford Fund provided a grant of R290 000 to Agri Eastern Cape in February 2020 to assist with the provision of much-needed animal feed to the province’s hardest-hit farming communities. This was bolstered by an additional R243 000 donated by Ford dealer, Eastern Cape Motors, from a fund-raising project held at the end of last year. (Source, QuickPic)